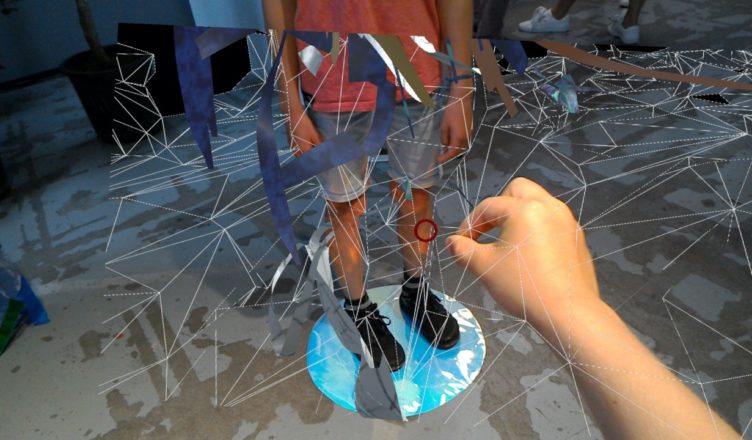 Augmented reality and fashion are a perfect fit. Since AR is becoming more popular and the hardware more powerful, we’re seeing an increase in the number of experiments using AR within a fashion context: “magic mirror” fitting apps and presentations of new collections with 3D scanned models, but the use of augmented reality can be more fundamental. It can be more than a way to create realistic virtual representations of physical creations.

An industry that’s producing products which vary so much over the years and even from season to season, can have a lot of benefits using AR. Creating and testing temporary creations can be done without leaving physical left-overs and because physical limitations do not apply at all, so virtual material leads to an endless freedom to experiment with unprecedented ideas and styles. For now, the final step is still to turn the creation into something tangible, but what if enough people own an augmented reality wearable in the future? Will there ever be a marker for fully virtual garments? 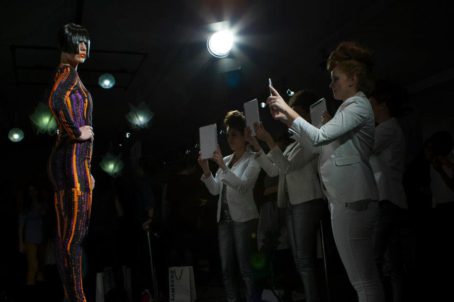 Until a few years ago, the most common user interaction for AR was to hold up a smart device to peek into a mixed reality presentation. For fashion, that was obviously limiting the use-cases for augmented reality. For prototyping and presenting conceptual creations it was fine, but thanks to wearable devices like the Microsoft Hololens, virtual fashion now becomes a convincing mixed reality experience happening in the 3D space around you. Although the hardware is still in an initial state having some shortcomings, it’s already enabling fashion designers to experiment with AR fashion and a new range of opportunities for creation and presentation.

A project showing how Hololens AR can be used as a true mixed reality device, is the Haphazardme app by Ensemble de Solution presented at Fashion Week Amsterdam. It uses the key quality of the device: real-time spatial scanning and interaction with the space. The project is bridging the physical and the virtual domain, but even without transferring the creations back into a physical garments, it’s clear that the virtual creations are an exploration of a new aesthetic with unbounded possibilities.

With the app visitors could create a virtual outfit for each other consisting of digitized pieces of left-over garments. By exporting the data from the Hololens the final creation could be created using those selected pieces of fabric which are numbered and stored in the studio. A unique creation because of the personal touch and the fact that these left-over pieces are very diverse one-offs. As explained in the Ensemble de Solution concept-video: https://vimeo.com/224847942

The app is the result of a collaboration of Hololens explorer Sander Veenhof and fashion designers Jacob Kok and Julie Zil VostaLova.

This video above and the screenshots below show the outfits created by visitors of Amsterdam Fashion Week: 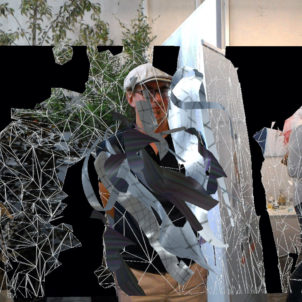 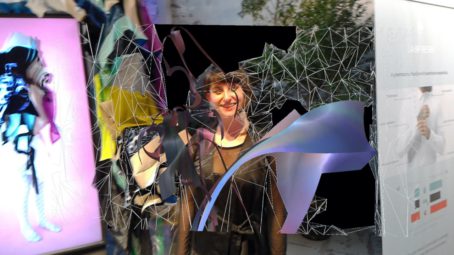 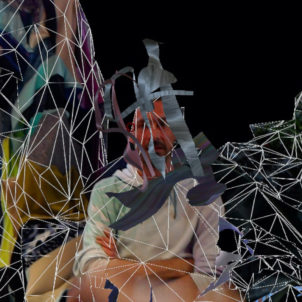 The next iteration of the app is the “Augment Yourself” Hololens experience. Instead of seeing a digital replica of yourself shown on a “magic mirror” screen, this visualisation lets you see your real self in a real mirror wearing AR fashion. Choosing your outfit by swiping is no longer a science fiction scenario.